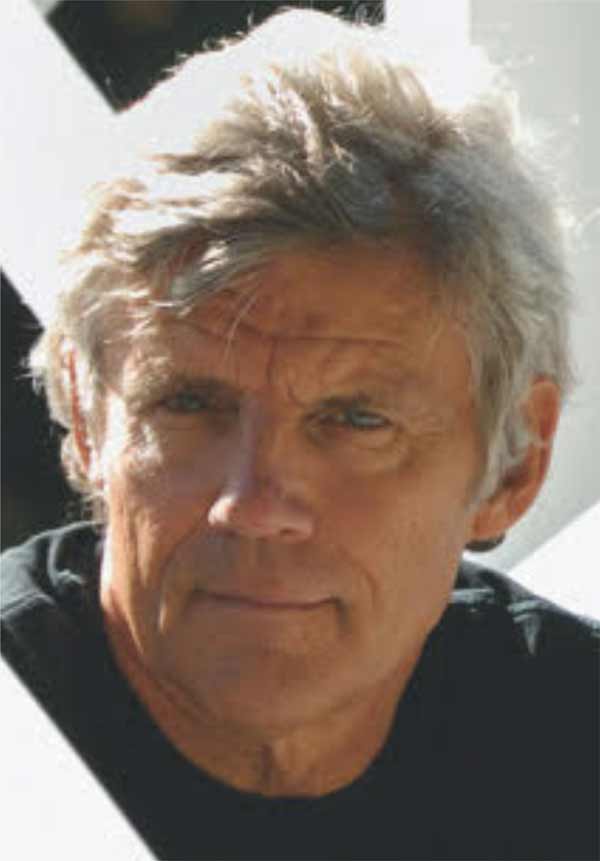 Ernest Thompson has won an Oscar, a Golden Globe, a Writers Guild Award and a Broadway Drama Guild Award for Best Play. His work has been nominated for a Tony, an Emmy and a British Academy Award. His more than 35 plays have been seen in theatres around the world. The most enduring, ON GOLDEN POND, has been translated into 30 languages, Arabic the newest, and played in more than 40 countries on six continents.

Other plays include THE WEST SIDE WALTZ (starring Katharine Hepburn and Dorothy Loudon), A SENSE OF HUMOR (Jack Lemmon and Estelle Parsons), AX OF LOVE, AMAZONS IN AUGUST, MURDERING MOTHER, WHITE PEOPLE CHRISTMAS, THE ELIXIR, and HUMAN BEINGS. His soon to be released anthology of 25 short plays contains the collections THE PENIS RESPONDS, ANSWERS and VALENTINES FOR TWO, as well as THE ONE ABOUT THE GUY IN THE BAR and AMERICAN TERRORIST.

His films include ON GOLDEN POND (Katharine Hepburn, Henry Fonda and Jane Fonda), SWEET HEARTS DANCE (Susan Sarandon and Jeff Daniels), THE LIES BOYS TELL (Kirk Douglas), 1969 (Robert Downey Jr. and Bruce Dern), THE WEST SIDE WALTZ (Shirley MacLaine and Liza Minnelli), OUT OF TIME (James McDaniel and Mel Harris), and the live ON GOLDEN POND (Julie Andrews and Christopher Plummer), the last four of which Ernest also directed, as he has his latest films, TIME AND CHARGES and HEAVENLY ANGLE. Both were produced with his partners in Whitebridge Farm Productions, Morgan Murphy and Lori Gigliotti Murphy, and offered as On Location Training to anyone of any background, experience or age interested in any aspect of filmmaking. Eager to return to his love of community filmmaking, Ernest is already planning to direct and act in Whitebridge Farm Productions’ third film, an adaptation of his play HUMAN BEINGS, when his schedule permits.

In the theatre, Ernest had directed many of his plays, most recently ON GOLDEN POND in the Lakes Region of New Hampshire, close to where his iconic film was shot. For his first time directing the play on stage, Ernest collaborated with longtime composing partner Joe Deleault to create two new songs, THE FATHER DAUGHTER DANCE, written with and performed by Carly Simon, and the anthemic ON GOLDEN POND, composed with and featuring the extraordinary Cape Breton fiddler Natalie MacMaster. Never having acted in his own play, Ernest got to see it from the inside out by taking on—to wild success—the role of Charlie the mailman.

He has directed the world premieres of his plays THE ELIXIR, AX OF LOVE, ANOTHER SUMMER (the ON GOLDEN POND musical), and, in partnership with Rock the Vote, his darkly funny collection POLITICAL SUICIDE, which opened on Primary Night in New Hampshire 2012, and was followed by productions across the country.

Ernest conducts his internationally-renowned workshops for writers, actors and directors at his farm in rural New Hampshire, and offers private coaching to actors and public speakers and one-on-one script analysis.

A prolific songwriter, Ernest has written scores of lyrics and worked with a myriad of extraordinary composers and singers and he has directed videos for his songs BRONTË BROOK, written with and performed by the remarkably talented Ray Porcell, and YOU ARE LOVED, written with and performed by the legendary Justin Jaymes. Ernest’s music is available on iTunes and at Amazon and other online outlets.

Ernest is in discussions to direct a fourth Broadway run of ON GOLDEN POND as well as the London West End premiere. Ernest and his Broadway producers are out to some very exciting, hope-to-be-revealed-soon stars for his new play SOME PARTS MISSING, and his newest, ASK|ANSWER, is headed for a New York workshop. He will direct the long-awaited sequel to ON GOLDEN POND, slated to film this autumn, and is working on a remake of THE PAPER CHASE for Fox 2000, with several other films on the docket.